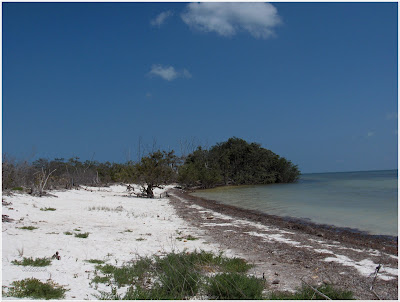 Lower Matecumbe Key, FL in 2006. I love the Florida Keys, wish I could visit more often!

Lähettänyt Sugar osoitteessa 8:04 AM No comments: 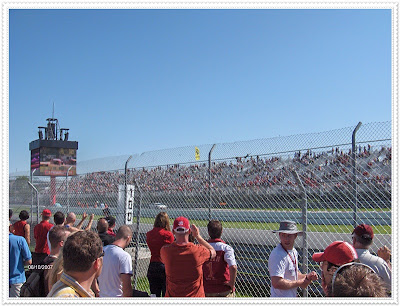 Montreal F1 GP in 2007. I like watching motor sports live, but on tv the atmosphere is gone and the races seem downright boring. I love the fast cars and the sound of roaring engines.

Lähettänyt Sugar osoitteessa 7:46 AM No comments:

My blog's like/dislike list say that injustice infuriates me. It's so very true, and the injustices that infuriate me are many. I'm also often saddened by other people's actions, I just don't understand what's wrong with some people.

This week's Aurora shooting is one of those things that make me ask the question in the title. It's just incomprehensible why these things happen. Call me naive, but I like to believe majority of the world is full of sane people. Sometimes, I wonder if I'm wrong. I have no personal connection to the victims, I have friends that live in Denver area, but they were not among those in the theater. But still, I'm furious this kind of injustice has happened, so many innocent people suffering as a result of one man's actions.

What infuriates me even more is the discussion about gun control that has followed. Really, is there no respect for the people who just lost their lives or lost a loved one? Do people really need to start firing (no pun intended) their political agenda right away? More guns/vigilantes is the solution? What is wrong with people?

Now, that being said, I'm going to do just the opposite and throw my two cents in the air. I believe in the person's right to hunting weapons. I believe hunting is a basic right, one is allowed to get their own food. And if need to be, you can use your hunting weapon to protect your home and family. All other weaponry belongs to non-civilian hands. Period.

I'm saddened not only because of what happened, but I'm saddened that people feel so aggressively about their right to bare arms that lost lives don't matter to them as long as they can keep their weapons.

Here's an opinion worth reading. 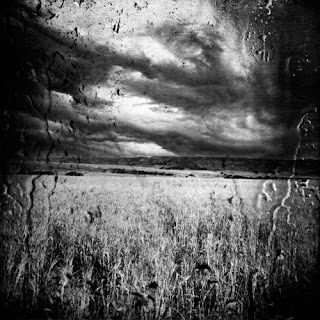 "When carrying a concealed weapon for self-defense is understood not as a failure of civil society, to be mourned, but as an act of citizenship, to be vaunted,
there is little civilian life left."
Jill Lepore, New Yorker, 23 April 2012.

This summer I stumbled upon Carola Dunn's Daisy Dalrymple books and absolutely fell in love with them. I think I was looking for another Mrs. Jeffries book on Better World Books website and ran into Death At Wentwater Court, the first book in the series. The series is set in 1920s England and the Honorable Daisy Dalrymple is a 20-something magazine writer who happens to run into all sorts of murders and other mysteries. In the first book she meets Mr. Alec Fletcher, the Chief Inspector of Scotland Yard,  whom she starts solving crimes with and also falls in love with. Chief Inspector Fletcher is also smitten with Daisy from the start, but worried about the fact that she is upper-class and he is a policeman. He is also trying, without much success, to get Daisy to stop meddling with murder cases for her own safety's sake. But Daisy keeps finding herself in the middle of them and enjoys snooping around :) 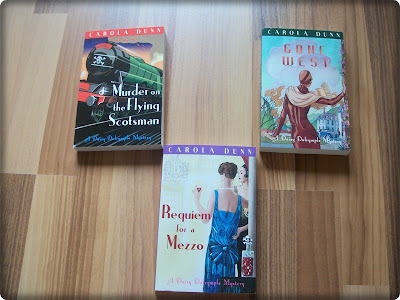 Besides the fact the book series describes the 1920s England in a very entertaining way (I love the 1920s!), it's also a love story, which works for a romantic person like me :) The murder mysteries are thoroughly enjoyable as well. I love the humor and wittiness that the characters have in them and the language used - it's just spiffing!

Here are the books so far (from Wikipedia):

So far I've read the first six books and just started reading Styx and Stones today. They are a light read, I usually finish a book in two days (I usually read them while lil man is napping). If you like light murder mysteries with a hint of romance, you'll love the Daisy Dalrymple books!

Hope everyone is having the most wonderful week!

Lähettänyt Sugar osoitteessa 9:39 AM No comments: 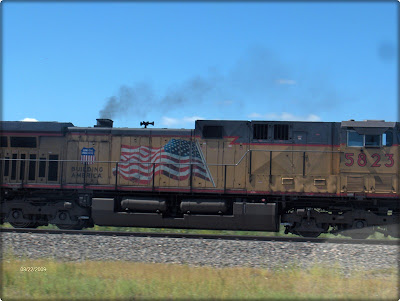 Union Pacific freight-train near Marysville, Kansas in 2009.  There's something romantic about taking the long distance train in the U.S, especially if you have a cabin :)

How do people stumble upon my blog?

Most people find my blog either through a blog list or by googling.
I checked some Google keywords from Blogger statistics, showing how people end up to my blog and these were the most popular phrases used to find my blog during its existence.


Some where pretty general:
*the sugar antelope (yup, that's the name of the blog)
*love is
*what americans think of finland (I would like to know too!)
*make your own happiness
*love is картинки
*planning a future together


and here's the winner:
*my boyfriend is finnish.. can i use the social security (I'm speechless...)

Hope everyone is having the most amazing weekend!

You know you are a true Nebraskan when...

This has been circling on my friends' timelines on Facebook: 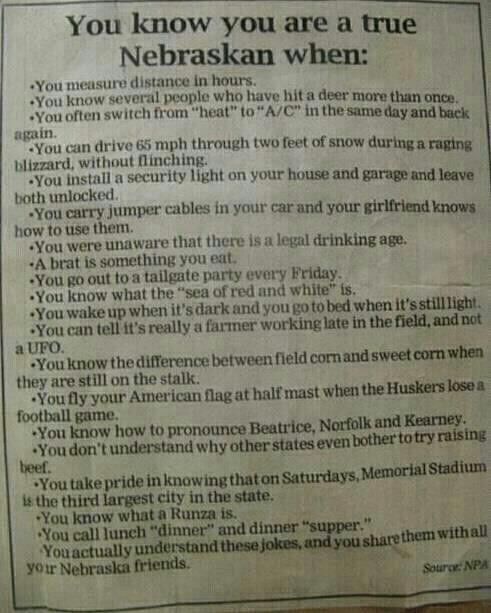 Needless to say, I'm not a true Nebraskan, having lived there only for a couple of years, but husband sure is one. He lived in Nebraska his whole life before moving to Finland. I'm actually pretty far from a typical Nebraskan, especially since I'm a vegetarian and don't a have a driver's license. However, I was pretty amazed when I noticed that I did actually understand these jokes, I guess I lived there long enough :)
Husker Pride! 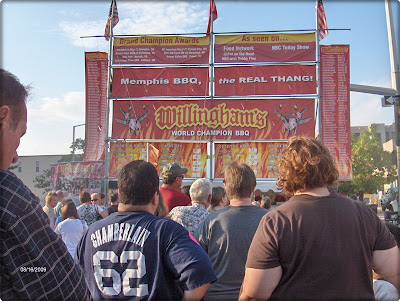 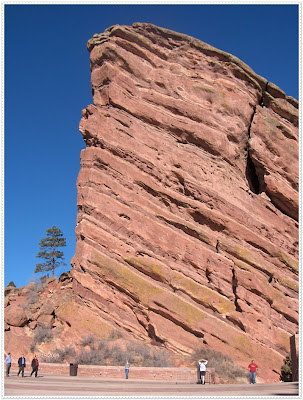 Red Rocks Park near Morrison, Colorado in 2009. We went there to just take a look, but I hear the concerts held in the amphitheatre are amazing! My friend is the dude wearing the white shirt :)

Garden gnomes or not?

I've noticed that people either love garden gnomes or hate them. It's super-easy to go overboard when decorating your yard and gnome overload can appear real tacky. Personally I love garden gnomes and when  I lived in an apartment building, my balcony had several gnomes including one on each corner. Now that we have a some land around our house I've been able place garden ornaments in a more natural setting :) My husband dislikes garden gnomes, so I've kept them to the minimum.

Here are some garden ornaments from our yard: 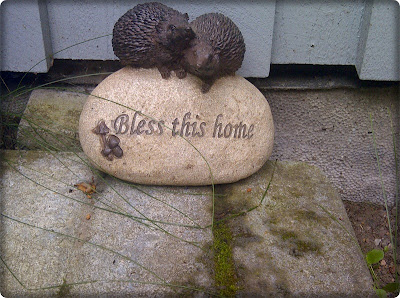 A couple of cute hedgehogs next to the entrance 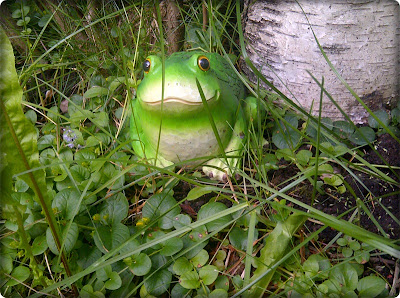 A friendly frog, our lil man loves to pet him 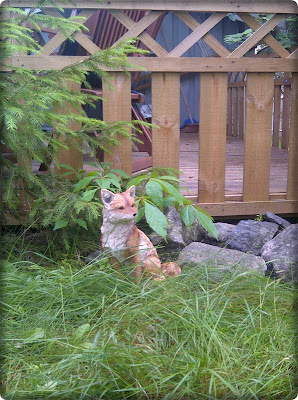 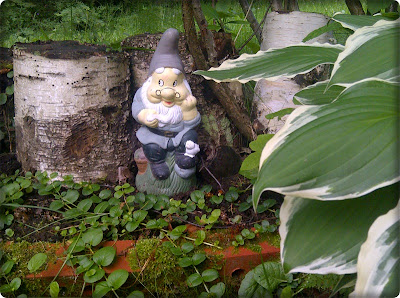 And the only actual garden gnome, it's Doc from Snow White!

What do you think, garden gnomes or not?

For the past 10 years I've gone to Tuska Open Air Metal Festival almost every year. It's the kind of festival I like; kickass metal music, awesome people and best of all, it's in the city of Helsinki, so I can go home to sleep in my own bed :D I've never been much of a stay-in-a-tent kind of girl when it comes to music festivals. I just like a comfortable bed way too much and I don't like people falling on/puking in my tent. So Tuska is perfect for me. This year was special, since it was husband's first Tuska experience. And I hope it won't be the last, since he did, after all, marry a metal head Finnish girl :)

Here are some photos from this year's Tuska: 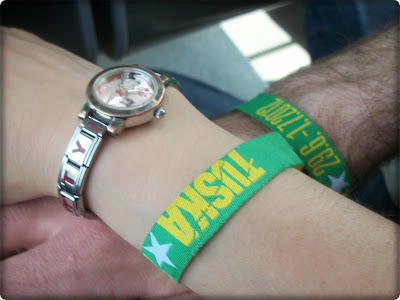 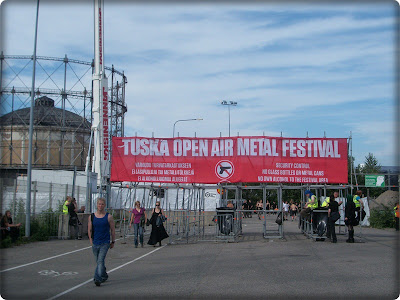 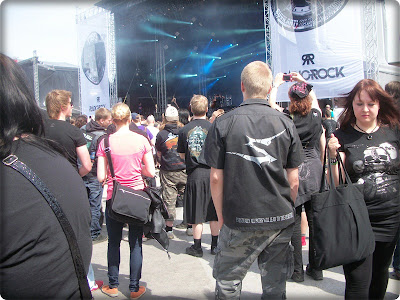 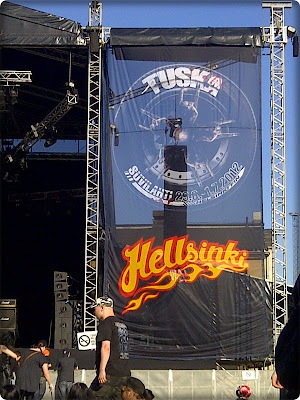 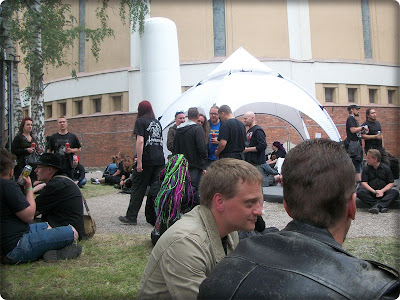 Bar in the park 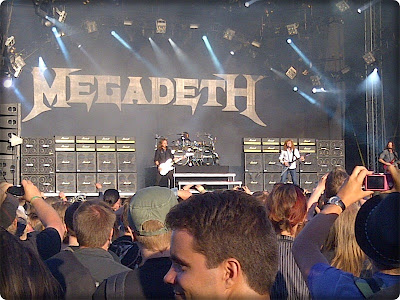 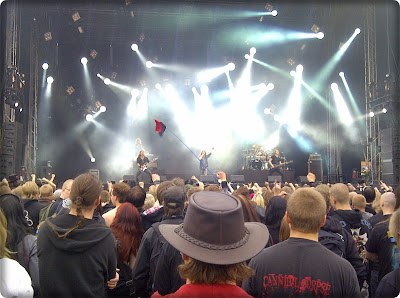 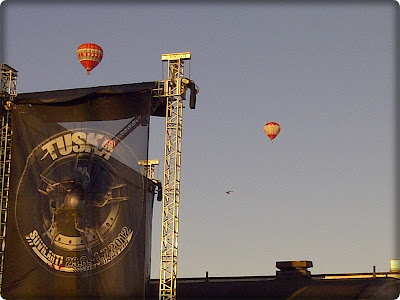 Hope everyone is having the most amazing weekend!

Since we are currently in Finland, we are not celebrating the Independence Day with fireworks. We could, of course, apply for a special permit to use them, but it's still pretty much 24h daylight, so there's really no point in spending money on fireworks ;)

Instead we went to a picnic with friends yesterday and had some delicious apple pie with ice cream. Today I made husband a cheeseburger and some corn-on-the-cob for both of us. We had blueberry pie for dessert, delicious! Unfortunately I didn't take any photos, but I hope you'll take my word for it :)

We also got some special mail today, a wedding invitation. A lot of my friends in the U.S have gotten married this summer, since they just graduated college and I'm unfortunately missing all of their weddings. I'm really bummed, I would've loved to go to their weddings in Nebraska, Tennessee and Mississippi! I admit I've been looking at the weddings photos afterwards a little bit teary-eyed. 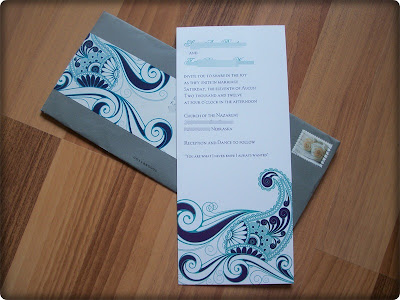 Today's wedding invitation came from husband's friends and I though the invitation was really classy! I think the wedding itself will be a good ol' country wedding, but the invitation sure looks modern, love it! We will unfortunately have to pass this wedding as well, but we'll send them some Finnish design glass as a present I think. I'm really bummed, since I absolutely love going to weddings. This one would've been in my husband's hometown, so he would have loved to go as well. They're getting married in a different church, but the venue is the same as ours. 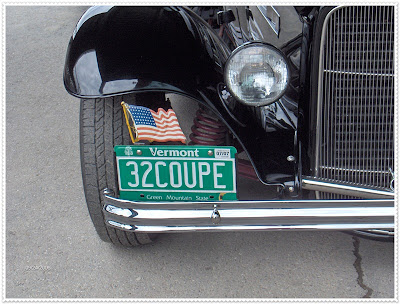 Happy 4th of July on Random Tuesdays! Hopefully everyone will have an amazing independence day tomorrow! Pictured is a patriotic plate on a Ford Coupe during the Vermont State Fair, if I remember correctly, in 2006.