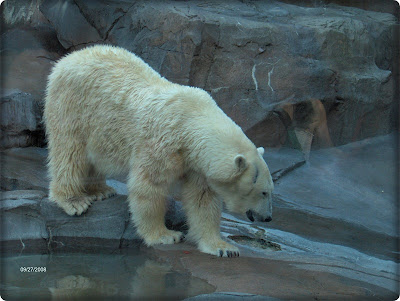 Polar bear at the Henry Doorly Zoo in Omaha, Nebraska in 2008

Lähettänyt Sugar osoitteessa 9:22 AM No comments:

Those of you who read Jezebel (if you don't, I recommend giving the site a chance) might have noticed an 'eyeroll' article called "Nebraska College Kid Says Feminism ‘Achieved Its Goals’ So Women Should Shut the Fuck Up Now". It's about a University of Nebraska-Lincoln senior Zach Nold's arguable rather ridiculous rant about how men are under attack from women (he has read his Suzanne Venker books well), published in the university's student newspaper Daily Nebraskan. The DN opinion has gotten a lot of attention in my Facebook newsfeed and I think one of my friend's friends commented rather accurately that Nold's opinion "is like a white man telling a black man racism doesn't exist anymore".

Now, while Nold's opinion might be entertaining and deserves a few eye rolls, I would like to shift focus to the counter-opinion (both opinions are a part of the Daily Nebraskan's point/counterpoint, featured once a week) that was published in the same paper. Ruth Boettner's opinion "Feminism means more than women’s equality" sums up the situation more accurately. I think she for example makes an excellent point about "rape apology", an issue that keeps infuriating me. If a heinous crime such as rape occurs, the rapist alone should stand trial for it. Please read Boettner's opinion for her viewpoint in the issue.

In the conclusion of her opinion Boettner writes that:

"Feminism isn't just about having the same chances or making the same amount of money. It’s about safety, comfort and freedom. Until women are safe, comfortable and free in the same spaces that men are, feminism’s work isn't done."

What these two opinions have demonstrated is that women are still not equal and no talk about a (rather fictitious in my opinion) war on men is going to change that. I do believe us women are partly to blame for the fact that we are not fully equal. I often wish women would stick together, but I've noticed the worst backstabbers are often other women... It makes me very sad, but I'm still hopeful that someday we women will respect each other so that everyone else will respect us.

Hope everyone is having a wonderful weekend! 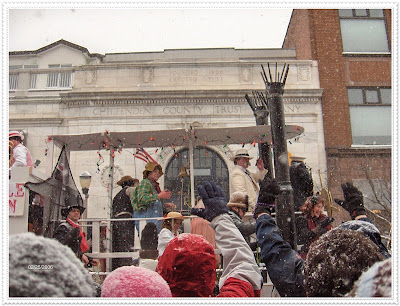 A very cold Mardi Gras parade in Burlington, Vermont in 2006.

Lähettänyt Sugar osoitteessa 7:36 AM No comments: 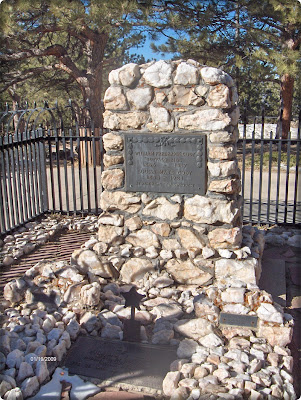 Lähettänyt Sugar osoitteessa 11:28 AM No comments:

The never-ending debate: move back to the United States or stay in Finland?

Husband has been bringing up the idea of moving back to the U.S lately. My initial response has been that absolutely not! But I mean I totally understand why husband would like to move back to his home country. I, after all, wanted to move back to mine too two years ago. I've been really sick (bad case sniffles from the daycare kids I'm sure) the last couple of days and I've had some time to think about why I wouldn't want to move and why it could be a good thing. So here are my ponderings: 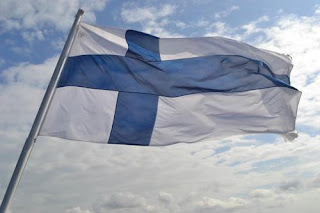 - I have to leave my parents behind. The thought of having to leave my Mom brings tears to my eyes, I don't want to leave her and I'd also be taking her only grandchild with me

- I'd have to leave my friends behind, and they're irreplaceable

- I'd be stuck being a homemaker again until lil man goes to school. Daycare is just way too expensive and we wouldn't have my Mom to babysit lil man

- Healthcare costs, I don't know if I'd even quality for an insurance. I didn't get one earlier due to pre-existing conditions, so chances are I wouldn't get one now either. The only way to get a health insurance would be through husband's job

- Immigration process is a hassle, and it's expensive

- Life in Finland is safe, I'm never scared here. There are some really scary places/people/groups in the U.S and I'm not a big fan of the politics either

- Public elementary education system in the U.S is not that good 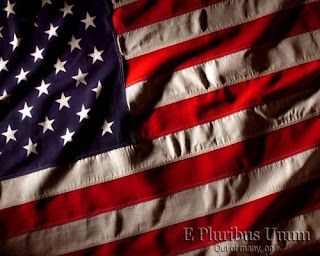 -Husband has the right to see his parents too, right? Husband has a way bigger extended family than I do. (Chances are we wouldn't live nearby them though)

-Husband left his friends behind, he misses them as well

- I would eventually have more job opportunities

- We could actually afford to buy a home

- Lil man would get to be in his birth country. Now would be a good time to move, if we are going to, since lil man is not in school. We could then move back to Finland before lil man goes to elementary school ;)

- Possibility of living in a warmer climate with more sunlight 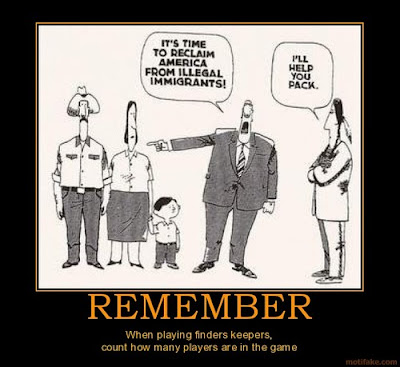 So, yes, I'd like to stay in Finland, but I do see husband's point of view as well. We are not moving anywhere this year, that much is settled (I hope!), but I don't know about next year. Guess we'll see what happens :)

Hope everyone is having a wonderful weekend!

Raffle prize, new boots, a bag and some blogging news

A while back I was lucky to win a raffle prize on Kettua kanssa -blog and here's what I won: 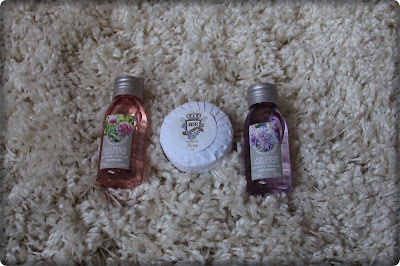 I've also done some online shopping :) Those who read my blog may know that I'm a huge fan of Rieker shoes, mainly cause Rieker makes the comfiest shoes I've ever worn! So for the upcoming spring (I'm optimistic, I'm sure it'll be here soon), I got a pair of new spring boots from Javari.de:

Rieker Sandy in the catalog and in real life. Actual color somewhere in between.
Oh and by the way, I'm not Big foot, eventhough the real life pic of the boots might convince you otherwise ;) 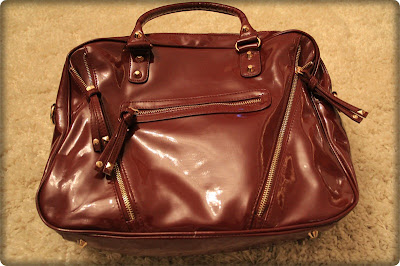 I also had a name day a while back and my darling husband got me this wine red Mas(que)nada bag as a present. Love it!

As some of you might have noticed this blog hasn't been as active in the past few weeks as it normally is. February and March will be superbusy for this blogger as I'm trying to finish my MA thesis. So please excuse the rather sporadic blogging (Random Tuesdays will be on schedule every week), The Sugar Antelope will be back on track after I get this darn thesis done :)

Wishing everyone a wonderful week! 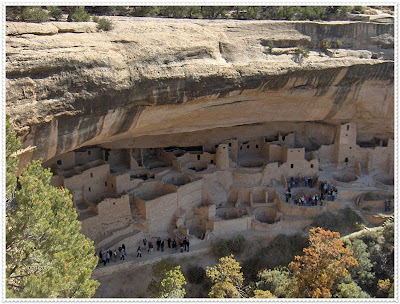 Mesa Verde National Park near Cortez, Colorado in 2009.
Being pregnant at the time I had some trouble climbing all the ladders to see the site, but the tour was definitely worth it. Impressive place.