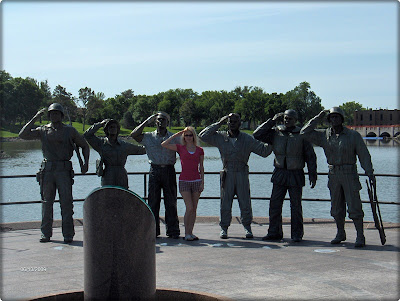 Pierre, SD in 2009. It was Memorial Day in the U.S yesterday, so here's the blogger herself saluting :)

Lähettänyt Sugar osoitteessa 8:51 AM No comments:

Earlier in this blog, I was talking about my love for books. I mentioned that I was reading The Hunger Games and really really liked it. After reading the first book I decided to order the two other books from the trilogy, and once I started reading them, I couldn't stop :) 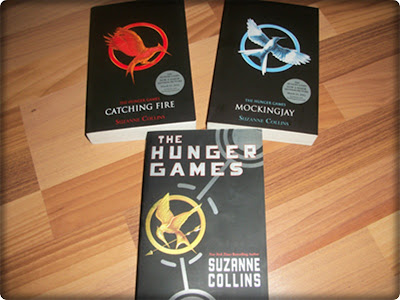 I read Catching Fire in a day and Mockingjay in two days. Husband says I was totally consumed by those books :D and I have to admit that they were pretty captivating. The two first books were my favorites, although Mockingjay was pretty darn good as well. It just had a lot more combat strategy and I'm not that into war stories. Despite being overly dystopian, I found the story scarily realistic. Reality tv is everywhere and I don't think it's completely unrealistic to assume that at one point it will turn brutal, maybe even deadly. I mean people already love tv shows like Survivor and the Hunger Games isn't that far away from it. Eitherway, if you enjoy good books and are open to reading young adult fiction, I recommend the Hunger Games trilogy :) 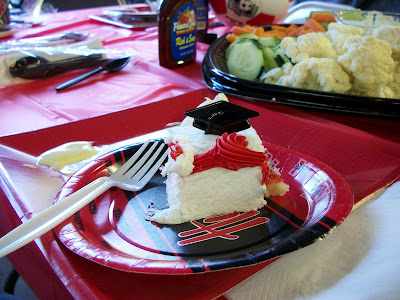 Lincoln, Nebraska 2010. It's graduation time of the year! Congratulations to everyone graduating this May, hopefully I can join you next year! This cake was served at my friend's graduation BBQ two years ago, when he graduated as Bachelor of Sciences in Education :)

Lähettänyt Sugar osoitteessa 10:06 AM No comments:

One of my friends had this on facebook and I shamelessly copied it from her :) 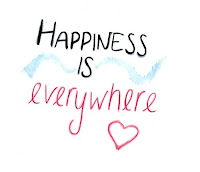 What is Happiness? Write the first happy things that come into your mind.

Husband
All of my family, especially our lil man
Pets, I wish I had one right now, I miss my Princess Lilli!
Potted plants and all the green around us, I love summer!
Iittala dishes, just the first thing that came into my mind haha
New York, just a few weeks away!
Evenings with friends and family
Studying, I love acquiring new knowledge
Sugar Antelope as in writing this blog makes me happy :) 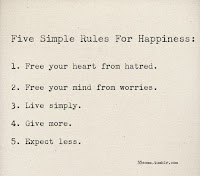 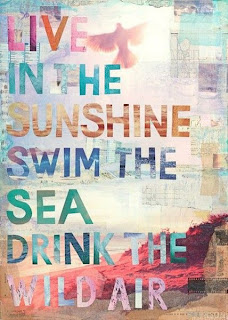 Wishing you all a happy new week!

It's that time of the year when we have to say au revoir to some tv shows for the summer and in some cases it's goodbye forever. I've been watching a lot of tv since I injured my back last fall and have been following several tv shows (very unlike me, I used to never watch tv!).  Most of the networks have now announced which shows have been renewed and they're also releasing their fall schedules.

I was super-happy to notice that all but one of the tv shows I have been following were renewed for next season! Here are my favorites from the past season, in no particular order: 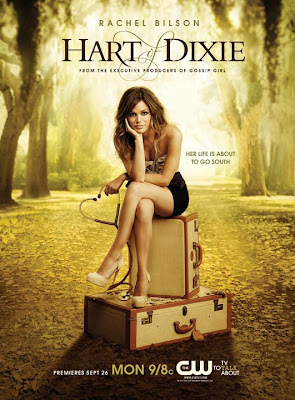 I've absolutely loved this one all season (its first), it's just so adorable. I almost wish I was living in Bluebell, Alabama myself :) I also love Rachel Bilson's outfits, and Hart of Dixie has it's fair share of handsome men as well ;) Either way, super-cute and harmless entertainment and the season finale had a nice romantic cliffhanger, can't wait for the next season!

Another first season tv show, Revenge is my guilty pleasure. I think they're showing it in Finnish tv as well, as "Kosto". It's like a mix of soap opera and thriller. The season finale will be airing next week and Revenge has been renewed for the second season.

Once Upon a Time

I'm sucker for fairytale shows and the town of Storybrook is just beautiful! Once Upon a Time has a good, intriguing plot and is very well made, mixing fantasy and reality. Its first season was just unreal (in a good way) and I'm excited to see what happens next season!

Lovelovelove Phryne Fisher! Miss Fisher's Murder Mysteries is one of the few non-U.S shows on my list, it's from Australia. Phryne is a 1920s detective lady and you can't help but to fall in love with her silly, witty character. The plot is the average detective fiction (based on a book series), but I still love it with its 1920s costumes and athmosphere. If you like the Poirot movies, you might like Phryne Fisher. I'm not sure if Miss Fisher's Murder Mysteries will have a second season, but this first season sure was golden! 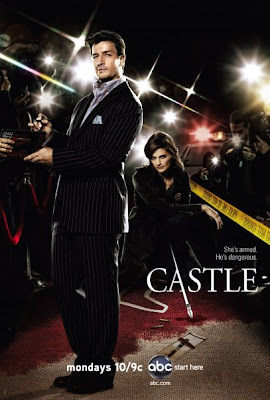 I like the detective/civilian-team crime dramas that have a comedic twist to it. I suppose The Mentalist fits in the same category. I follow both, but I think I've missed a few episodes of The Mentalist lately, and have been following Castle more. Next seasons is the fifth for Castle. I think I've seen Castle in Finnish tv as well.

I absolutely love Glee, it's just pure musical joy! Their season finale isn't until next week and I'm anxiously waiting for it. This week they showed two episodes and I cried during both (yup, I'm the type that cries while watching tv and movies haha). I'm supersad that the cast will most likely go through some changes, since some of the main characters are graduating, but I hear they may still stay in the show some form or another. Glee has been renewed for season four, we'll see what it's like then. I think they've showed seasons 1 and 2 in Finland. 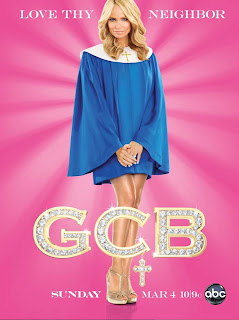 And here's the show that didn't get renewed. GCB is based on a book (Good Christian Bitches) and they just aired the 10th and last episode. I laughed so hard watching it since I recognized so many characters straight out of real life Midwest. It got pretty good ratings, but perhaps it was a bit too controversial (can't joke about religion in the U.S) and got cancelled. Too bad.

Other tv shows that I watch are NCIS (upcoming 10th season!), British costume drama Downton Abbey (upcoming 3rd season), Bones (upcoming 8th season) and the British series Sherlock (possible upcoming 3rd season in 2013). The last one is a true gem! Sherlock Holmes is one of my favorite literary characters and I've seen a bunch of Sherlock movies and the Jeremy Brett series. BBC's Sherlock is a modern version of Sherlock Holmes. I hear CBS has announced there will be an American tv show of the modern Sherlock Holmes called Elementary premiering this fall. I'll definitely have to check it out. 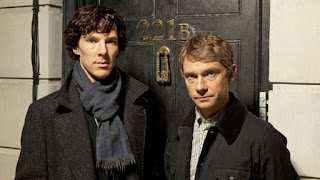 Did you watch any of these? What did you think? Any suggestions to what I should be watching? :)

Hope everyone is having an amazing weekend! 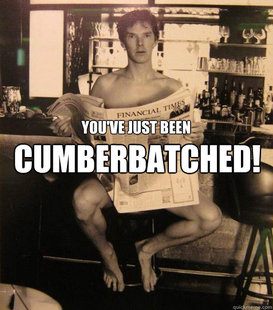 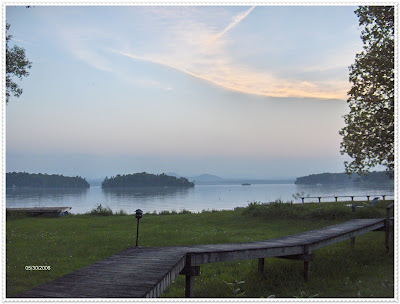 Northern Vermont, May 2006. I often post photos of Vermont on Random Tuesdays, since it has to be one of the most beautiful places I've ever lived in. This photo was taken from my friend's backyard, simply gorgeous!

Today is my 3rd Mother's Day ever and I received a beautiful card and yummy chocolate! Apparently I will be getting more presents next week, if the delivery service gets its act together :D We spent the Mother's Day at my Grandpa's, it's our tradition to meet there with the whole family during birthdays and such. We had delicious cake and other sweets and then headed back to my Mom's for some salty snacks (delicious spinach-feta pie among others!).

The lovely Sofia from At Home with Sofia gave me a blog challenge to "write about what love is for me, all those daily things what I do for others in the name of love." Perfect thing for to do on a Mother's Day :) 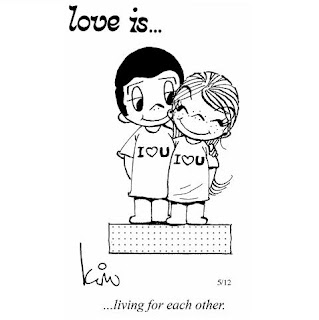 ...watching movies together on the couch after the baby is asleep
...getting and giving random little (inexpensive) presents
...planning trips/future/just about anything together
...letting the other half sleep a little longer on some mornings and vice versa
....being a mom
...getting random hugs and kisses from the lil man
...feeling needed and loved, every single day
...waking up next to the most handsome man on this planet!

And this is so us: 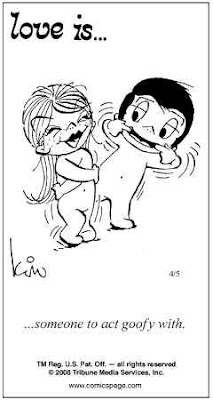 If you feel like taking the challenge, please do!
Love is...when you can share this challenge with all your wonderful blog friends :)

Hope everyone is having the most wonderful Mother's Day!

Husband and I are heading to New York City in a couple of weeks to celebrate our first anniversary and since I've been there a half a dozen times, I have some plans already made :) Husband, on the other hand, has never been there and I've been trying to plan so that he'd be able to enjoy NYC too. We'll be there only for 5 days, so you can't really do a whole lot in that short of a time. 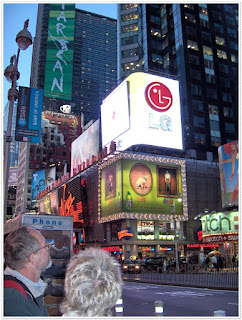 Here's what I want to do:

*Ellis Island - never been there and my greatgreatgrandpa emigrated to the U.S back in the day. And as a U.S History student I probably should have been to Ellis Island already. We'll check out Statue of Liberty on our way there.

*The Met - been there about a half a dozen times, but want husband to see it

*Museum of Natural History - been there a couple of times as well, but I think husband will enjoy it

*Central Park - would not miss Central Park, love it! Perhaps combined to the Met visit

*day of subwaying - I think NYC subway system is an experience for husband. He's been to the Helsinki metro, but that's it :) We'll check out some districts while we do this, so general sightseeing day

*shopping til the credit cards max out, yup, that's my plan :) 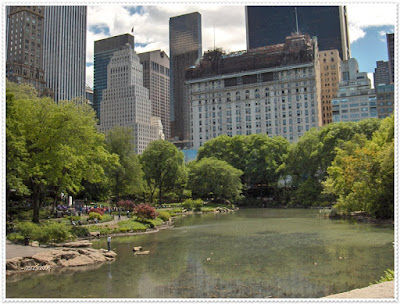 I find it really hard to think what would be important, since I've seen all the major attractions. I don't think waiting in line to see Empire State Building was worth it (nor do I want to pay to skip the line) and visiting the Statue of Liberty was kinda boring too. I'd rather just check it out from the ferry. If we had more time I'd love to go Coney Island, but considering how little time we have, we might have to skip it.


What do you guys think of my list? Have any good suggestions for a first time visitor? 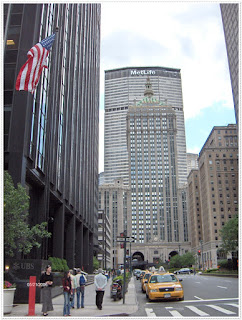 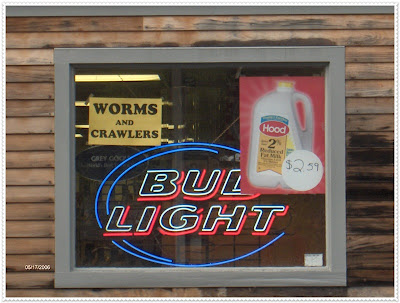 Gas station window in Southern Vermont, 2006. They have everything you could possibly need: worms, crawlers, beer and milk! :)

I never read Dr. Seuss books when I was a kid, but my husband sure did and loved them. So now we're reading them to our lil man and I've fallen in love with them as well. Here are a couple of wonderful quotes from the books, they're just so adorable! 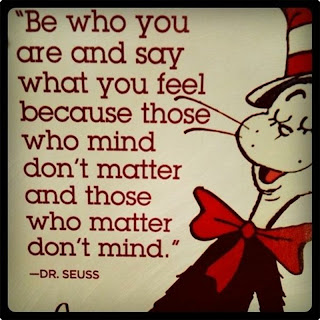 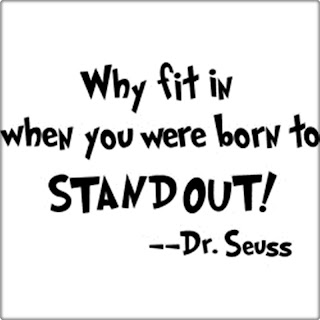 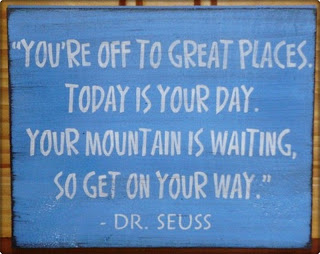 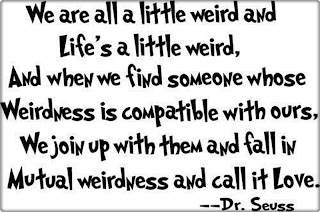 And my absolute favorite, since it has been so very true in my case.
I hope I will be able to pass this wisdom on to our lil man: 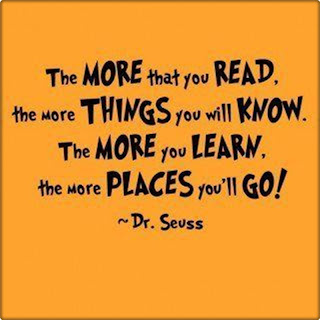 What is your favorite Dr. Seuss quote? 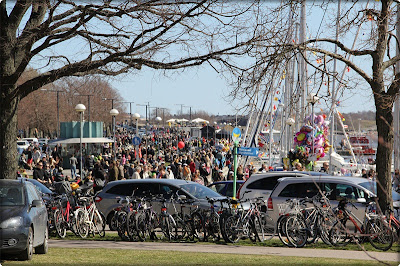 Kaivopuisto, Helsinki in 2012 (today). Vappu, the Finnish carnival-style festival, is celebrated on April 30th and May 1st. Yesterday was the drink-a-thon day and today we went to have a Vappu picnic to a park (Kaivopuisto) by the sea. Hyvää Vappua everyone! :)